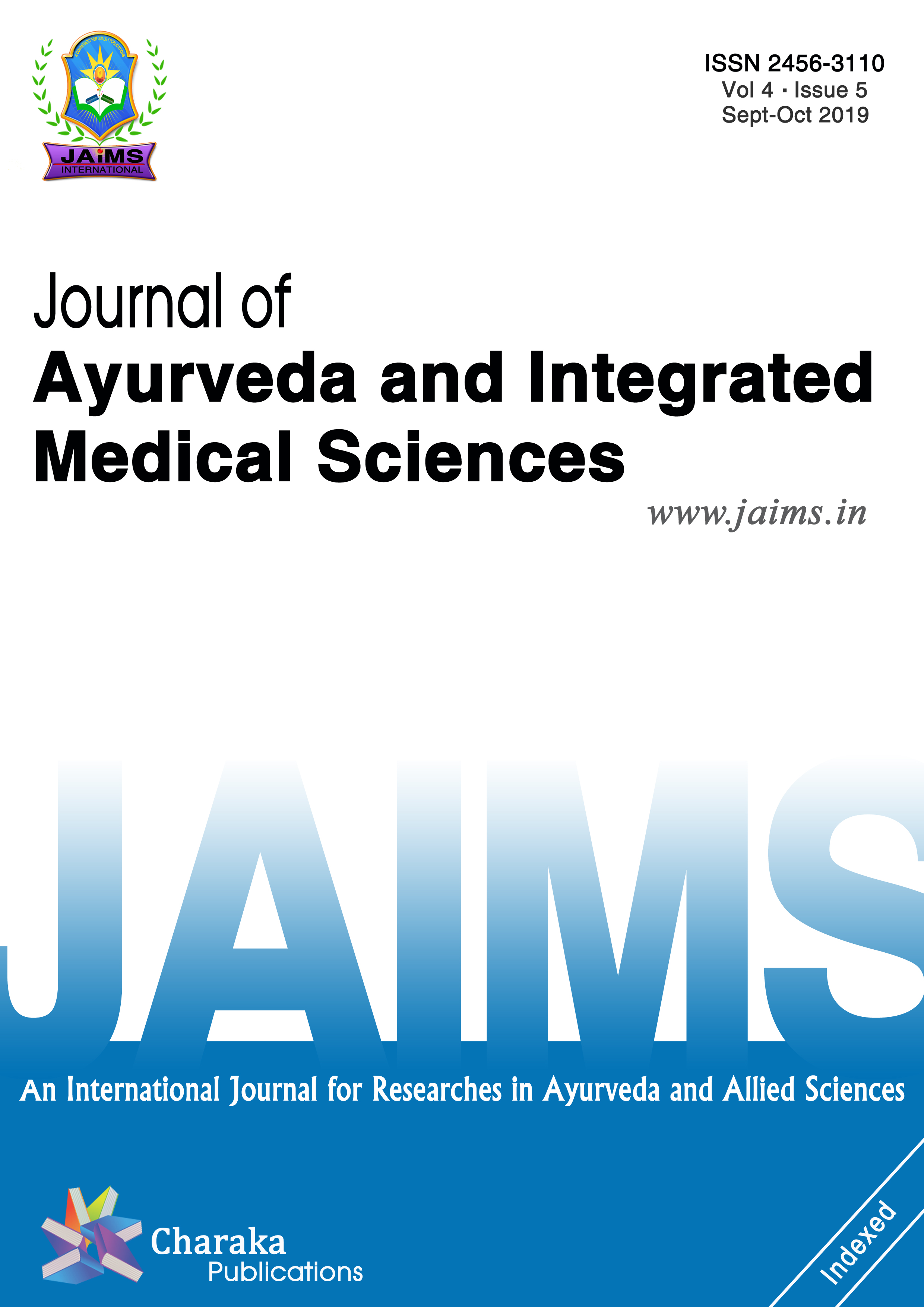 How to Cite
Dr. Swarup Majumder, & N. B. Mashetti. (2019). A comparative clinical study on the effect of Saptacchada Pratisaraniya Kshara and Apamarga Pratisaraniya Kshara in the management of Arshas (Internal Haemorrhoids). Journal of Ayurveda and Integrated Medical Sciences, 4(05), 7-10. Retrieved from https://jaims.in/jaims/article/view/694
Download Citation
Issue
Vol. 4 No. 05 (2019): SEP-OCT
Section
Original Article

Keywords
Current Issue
Information
Best viewed through Internet Explorer 9.x or higher, Mozilla Firefox® 16.x or higher, Safari 5.1 or higher, Chrome 23 or higher, or an equivalent browser software. If your browser is older, you may have trouble viewing many of our web site features properly. If you are unsure of the version of your browser, you can determine it by choosing 'Help' at the top of your browser window and then selecting 'About' (your browser). Browser Upgrade Information is available by clicking on the appropriate link above. This web site is best viewed on any screen size and resolution as well as any operating system that support web browsing.
© 2020 - All Rights Reserved | Version 20.02.01
Yellow Loop| SysNano Infotech | About this Publishing System