Arshas is one of the most common ano-rectal disorder affecting mankind for thousands of years, which is evident from references available in Vedas. Because of its severity it is considered as one among the Astamahagadas. Arshas can be clinically correlated with Haemorrhoids. Haemorrhoids are dilated veins with in the anal canal in the subepithelial region formed by radicles of the superior, middle and inferior rectal veins. It is divided into two categories - internal and external Haemorrhoids. The causes are straining during defecation, sitting for a long period, chronic diarrhea or constipation, being obese, being pregnant, eating low fiber diet, regular heavy lifting etc. Haemorrhoids are very common and affect up to 5% of general population particularly people above 50 yrs of age. Sushruta explains four modalities of treatment for Arshoroga as Bheshaja, Kshara, Agni and Shastra Karma. Kshara Pratisarana is mentioned in case of Arshas which is having features like Mrudu (soft), Prasruta (extensive), Avagadha (deep) and Ucchrita (raised). The effect of Kshara is to replace Shastra Karma, as it does the functions of Chedana, Bhedana and Lekhana Karma. It also does the functions like Dahana, Dharana, Pachana, Vilayana, Shodana, Ropana, Shoshana, Stambana, Krimighna, Kaphaghna, Kustaghna, Vishaghna, and Medhaghna. Hence Kshara Karma is considered to be superior among Shastra and Anushastra Karma. It is a para surgical procedure which requires minimum hospital stay. Here is an attempt is made to conduct a study regarding the effect of Tilwaka Prathisaraneeya Kshara in Internal Haemorrhoids. 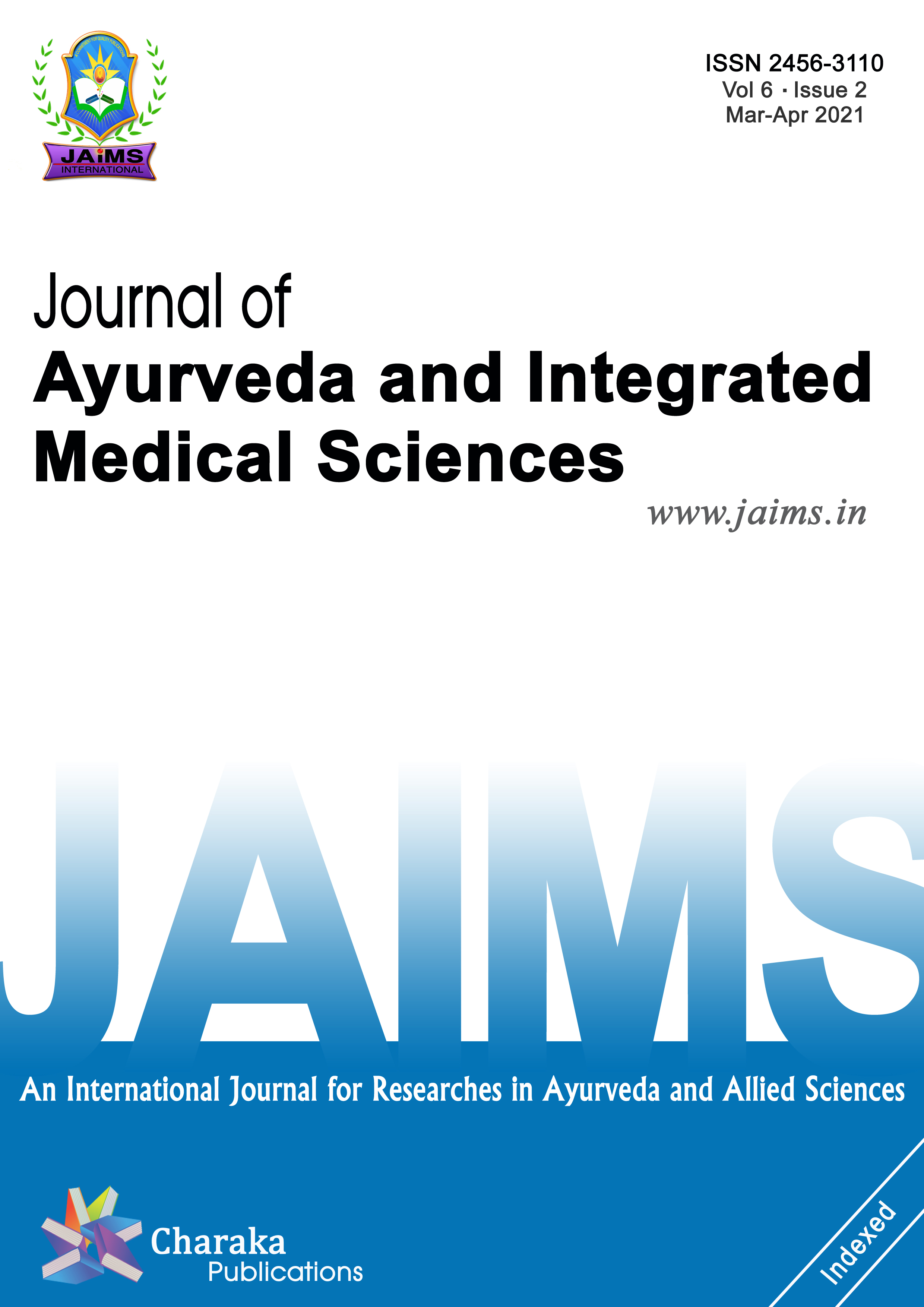 Make a Submission
Current Issue
Information
Best viewed through Internet Explorer 9.x or higher, Mozilla Firefox® 16.x or higher, Safari 5.1 or higher, Chrome 23 or higher, or an equivalent browser software. If your browser is older, you may have trouble viewing many of our web site features properly. If you are unsure of the version of your browser, you can determine it by choosing 'Help' at the top of your browser window and then selecting 'About' (your browser). Browser Upgrade Information is available by clicking on the appropriate link above. This web site is best viewed on any screen size and resolution as well as any operating system that support web browsing.
© 2020 - All Rights Reserved | Version 20.02.01
Yellow Loop| SysNano Infotech | About this Publishing System